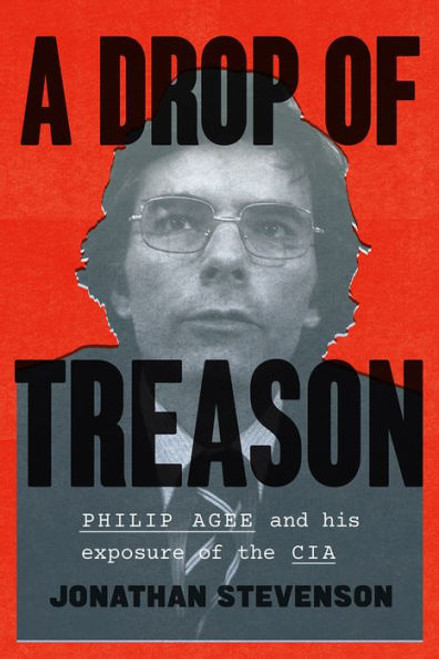 Description: Philip Agee’s story is the stuff of a John le Carré novel—perilous and thrilling adventures around the globe. He joined the CIA as a young idealist, becoming an operations officer in hopes of seeing the world and safeguarding his country. He was the consummate intelligence insider, thoroughly entrenched in the shadow world. But in 1975, he became the first such person to publicly betray the CIA—a pariah whose like was not seen again until Edward Snowden. For almost forty years in exile, he was a thorn in the side of his country.

The first biography of this contentious, legendary man, Jonathan Stevenson’s A Drop of Treason is a thorough portrait of Agee and his place in the history of American foreign policy and the intelligence community during the Cold War and beyond. Unlike mere whistleblowers, Agee exposed American spies by publicly blowing their covers. And he didn’t stop there—his was a lifelong political struggle that firmly allied him with the social movements of the global left and against the American project itself from the early 1970s on. Stevenson examines Agee’s decision to turn, how he sustained it, and how his actions intersected with world events.

Having made profound betrayals and questionable decisions, Agee lived a rollicking, existentially fraught life filled with risk. He traveled the world, enlisted Gabriel García Márquez in his cause, married a ballerina, and fought for what he believed was right. Raised a conservative Jesuit in Tampa, he died a socialist expat in Havana. In A Drop of Treason, Stevenson reveals what made Agee tick—and what made him run.