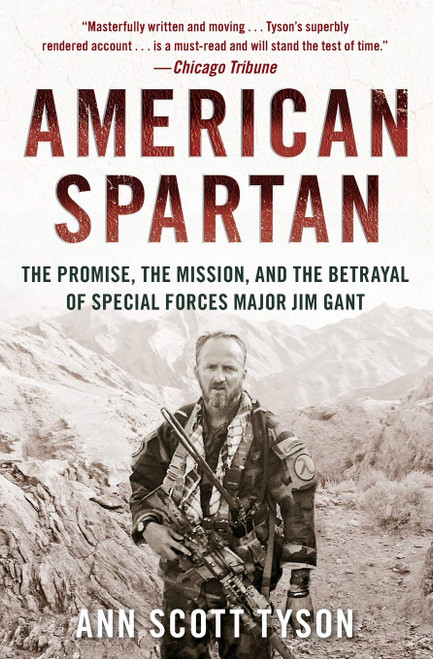 Army Special Forces Major Jim Gant changed the face of America’s war effort in Afghanistan. A decorated Green Beret who spent years in Afghanistan and Iraq training indigenous fighters, Gant argued for embedding autonomous units with tribes across Afghanistan to earn the Afghans’ trust and transform them into a reliable ally with whom we could defeat the Taliban and counter al-Qaeda networks. The military's top brass, including General David Petraeus, commander of U.S. Forces in Afghanistan, approved, and Gant was tasked with implementing his controversial strategy.

Veteran war correspondent Ann Scott Tyson first spoke with Gant when he was awarded the Silver Star in 2007. Tyson soon came to share Gant’s vision, so she accompanied him to Afghanistan, risking her life to embed with the tribes and chronicle their experience. And then they fell in love.