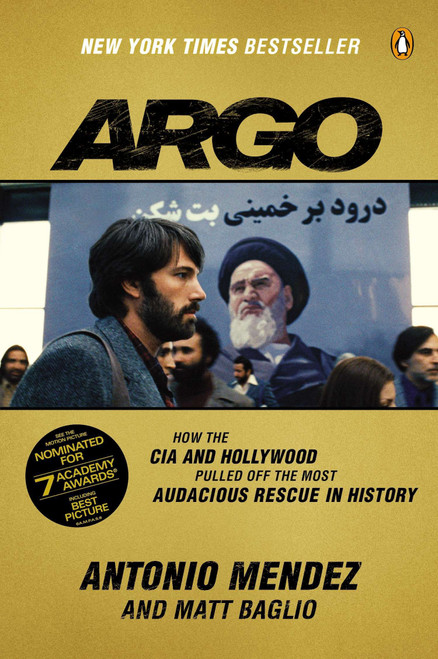 On November 4, 1979, Iranian militants stormed the American embassy in Tehran and captured dozens of American hostages, sparking a 444-day ordeal and a quake in global politics still reverberating today. But there's a little-known footnote to the crisis: six Americans escaped. And a midlevel agent named Antonio Mendez devised an ingenious yet incredibly risky plan to rescue them.

Armed with foreign film visas, Mendez and an unlikely team of CIA agents and Hollywood insiders - directors, producers, actors - traveled to Tehran under the guise of scouting locations for a fake film called Argo. While pretending to find the perfect scenery and backdrops, the team succeeded in contacting the escapees and smuggling them out of Iran without a single shot being fired.

Antonio Mendez finally details the mind-bogglingly complex and dangerous operation he led more than three decades ago. A true story of secret identities and international intrigue, Argo is the gripping account of the history-making collusion between Hollywood and high-stakes espionage.