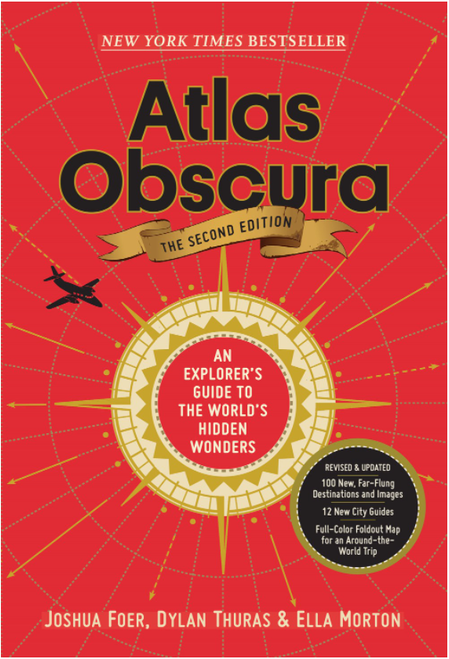 “A wanderlust-whetting cabinet of curiosities on paper.”— New York Times

Inspiring equal parts wonder and wanderlust, Atlas Obscura is a phenomenon of a travel book that shot to the top of bestseller lists when it was first published and changed the way we think about the world, expanding our sense of how strange and marvelous it really is.

More a cabinet of curiosities than traditional guidebook, Atlas Obscura revels in the unexpected, the overlooked, the bizarre, and the mysterious. Here are natural wonders, like the dazzling glowworm caves in New Zealand, or a baobab tree in South Africa so large it has a pub inside where 15 people can sit and drink comfortably. Architectural marvels, including the M. C. Escher–like stepwells in India. Mind-boggling events, like the Baby-Jumping Festival in Spain—and no, it’s not the babies doing the jumping, but masked men dressed as devils who vault over rows of squirming infants.

Every page gets to the very core of why humans want to travel in the first place: to be delighted and disoriented, uprooted from the familiar and amazed by the new. With its compelling descriptions, hundreds of photographs, surprising charts, maps for every region of the world, and new city guides, it is a book you can open anywhere and be transported. But proceed with caution: It’s almost impossible not to turn to the next entry, and the next, and the next.

The New Silk Roads: The New Asia and the Remaking of the World Order