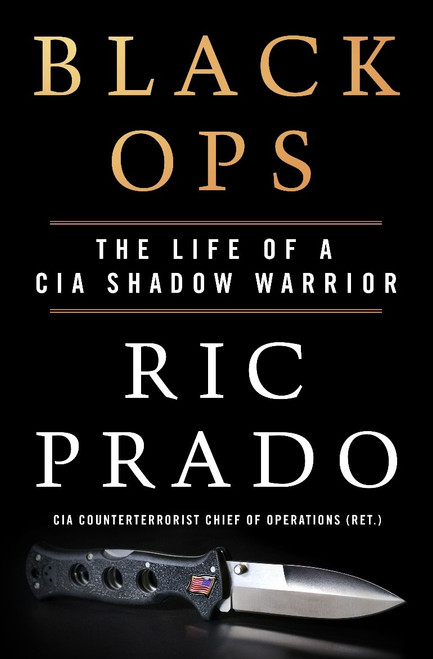 “A lot has been said about the CIA over the years. And a lot of it has been bullshit. I wrote BLACK OPS to clear the name of the agency. I know the untold sacrifices that have been made for this country by devoted men and women who have served anonymously, as quiet heroes. I’m eager to share those stories now.”

A memoir by the highest-ranking covert warrior to lift the veil of secrecy and offer a glimpse into the shadow wars that America has fought since the Vietnam Era.

Enrique Prado found himself in his first firefight at age seven. The son of a middle-class Cuban family caught in the midst of the Castro Revolution, his family fled their war-torn home for the hope of a better life in America. Fifty years later, the Cuban refugee retired from the Central Intelligence Agency as the CIA equivalent of a two-star general. Black Ops is the story of Ric’s legendary career that spanned two eras, the Cold War and the Age of Terrorism. Operating in the shadows, Ric and his fellow CIA officers fought a little-seen and virtually unknown war to keep USA safe from those who would do it harm. After duty stations in Central, South America, and the Philippines, Black Ops follows Ric into the highest echelons of the CIA’s headquarters at Langley, Virginia. In late 1995, he became Deputy Chief of Station and co-founding member of the Bin Laden Task Force. Three years later, after serving as head of Korean Operations, Ric took on one of the most dangerous missions of his career: re-establish a once-abandoned CIA station inside a hostile nation long since considered a front line of the fight against Islamic terrorism. He and his team carried out covert operations and developed assets that proved pivotal in the coming War on Terror. A harrowing memoir of life in the shadowy world of assassins, terrorists, spies and revolutionaries, Black Ops is a testament to the courage, creativity and dedication of the Agency’s Special Activities Group and its elite shadow warriors.