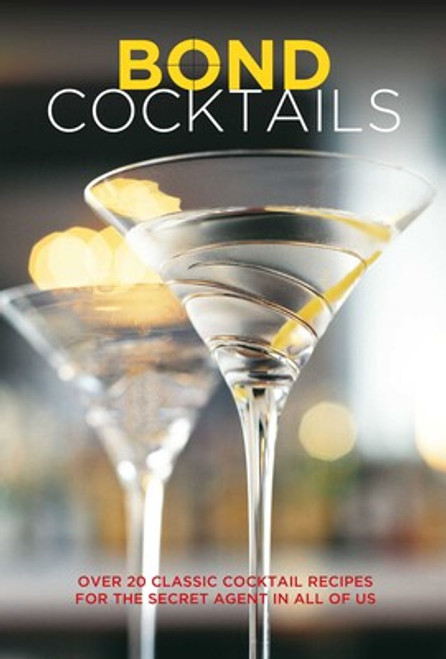 A collection of recipes for classic cocktails and other iconic drinks that appear in the James Bond novels and films. Everyone knows that James Bond prefers an alcoholic drink to a soft drink. In fact, he even goes as far as deriding tea as ‘mud’ and blaming it for the collapse of the British Empire. Although it’s the legendary Vodka Martini that he’s best known for, he also orders many classic cocktails, including an Old-Fashioned, an Americano and a Negroni, all of which appear in this book. Bond also effortlessly creates his own drink in ‘Casino Royale’: ‘Three measures of Gordon’s, one of vodka, half a measure of Kina Lillet. Shake it very well until it’s ice-cold, then add a large thin slice of lemon peel. Got it?’ And so the Vesper was born, to the delight of bar owners across the globe. However, it’s not only cocktails that he’s partial to. Bond orders Scotch and soda 21 times in the books, but he’s also keen on bourbon and a brandy and ginger ale. So why not raise a glass and toast the health of the world’s most-loved, smooth-talking secret agent with one of his favorite drinks.