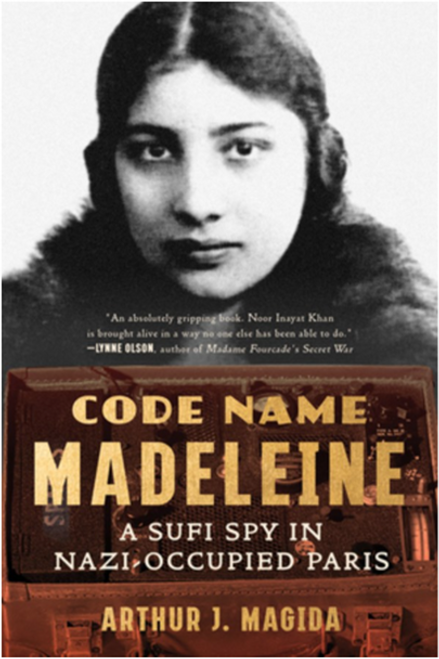 Raised in a lush suburb of 1920s Paris, Noor Inayat Khan was an introspective musician and writer, dedicated to her family and to her father’s spiritual values of harmony, beauty, and tolerance. She did not seem destined for wartime heroism. Yet, faced with the evils of Nazi violence and the German occupation of France, Noor joined the British Special Operations Executive and trained in espionage, sabotage, and reconnaissance. She returned to Paris under an assumed identity immediately before the Germans mopped up the Allies’ largest communications network in France. For crucial months of the war, Noor was the only wireless operator there sending critical information to London, significantly aiding the success of the Allied landing on D-Day. Code-named Madeleine, she became a high-value target for the Gestapo. When she was eventually captured, Noor attempted two daring escapes before she was sent to Dachau and killed just months before the end of the war.

Carefully distilled from dozens of interviews, newly discovered manuscripts, official documents, and personal letters, Code Name Madeleine is both a compelling, deeply researched history and a thrilling tribute to Noor Inayat Khan, whose courage and faith guided her through the most brutal regime in history.

They Called Us Enemy by George Takei