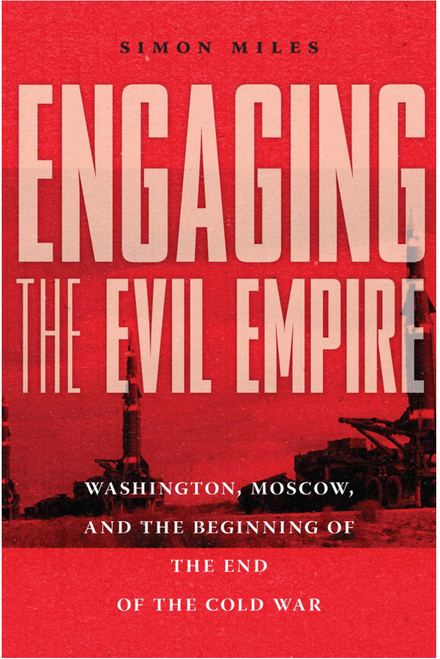 In a narrative-redefining approach, Engaging the Evil Empire dramatically alters how we look at the beginning of the end of the Cold War. Tracking key events in US-Soviet relations across the years between 1980 and 1985, Simon Miles shows that covert engagement gave way to overt conversation as both superpowers determined that open diplomacy was the best means of furthering their own, primarily competitive, goals. Miles narrates the history of these dramatic years, as President Ronald Reagan consistently applied a disciplined carrot-and-stick approach, reaching out to Moscow while at the same time excoriating the Soviet system and building up US military capabilities.

The received wisdom in diplomatic circles is that the beginning of the end of the Cold War came from changing policy preferences and that President Reagan in particular opted for a more conciliatory and less bellicose diplomatic approach. In reality, Miles clearly demonstrates, Reagan and ranking officials in the National Security Council had determined that the United States enjoyed a strategic margin of error that permitted it to engage Moscow overtly.

As US grand strategy developed, so did that of the Soviet Union. Engaging the Evil Empire covers five critical years of Cold War history when Soviet leaders tried to reduce tensions between the two nations in order to gain economic breathing room and, to ensure domestic political stability, prioritize expenditures on butter over those on guns. Miles's bold narrative shifts the focus of Cold War historians away from exclusive attention on Washington by focusing on the years of back-channel communiqués and internal strategy debates in Moscow as well as Prague and East Berlin.

A Time of Fear: America in the Era of Red Scares and Cold War

The Scientist and The Spy PB