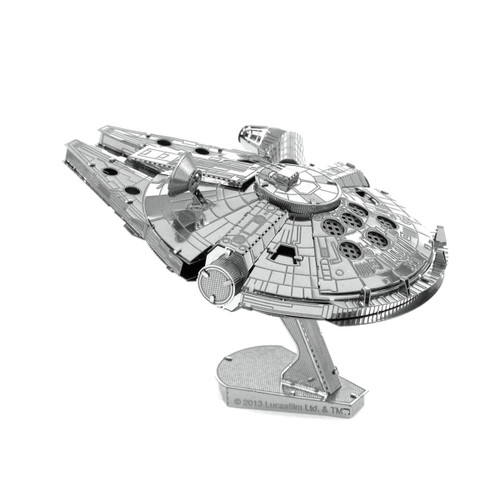 A legendary star ship despite its humble origins and deceptively dilapidated exterior, the Millennium Falcon factored into some of the Rebel Alliance's greatest victories over the Empire. Before Han Solo won it in a game of chance, it was owned by Lando Calrissian. Solo and first mate Chewbacca flew the Millennium Falcon into cinematic history.