Operation Underworld: How the Mafia and U.S. Government Teamed Up to Win World War II by Matthew Black 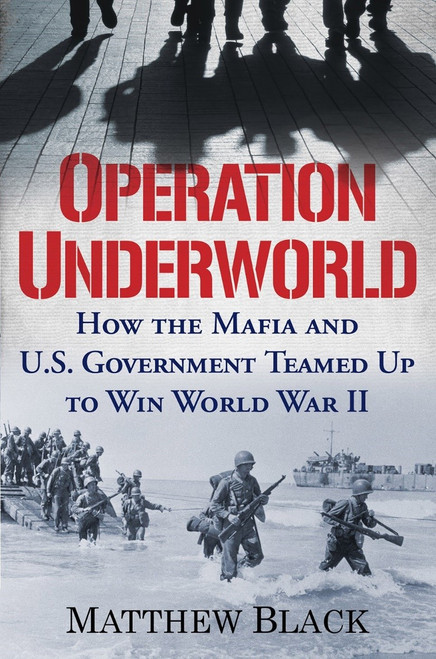 Operation Underworld: How the Mafia and U.S. Government Teamed Up to Win World War II by Matthew Black

From public enemy to secret ally—the never-before-told story of mobster Charles “Lucky” Luciano’s and the Mafia’s collusion with Naval Intelligence to help turn the tide of war.

In 1942, fears were growing that New York Harbor was vulnerable to sabotage. If the waterfront was infested with German and Italian agents, the U.S. Navy needed a secret plan just as insidious to secure it.

Naval intelligence officer, Commander Charles Radcliffe Haffenden had the solution: recruit as his own spies, members of La Cosa Nostra. Pier to pier, no one terrified the longshoremen, stevedores, shopkeepers, and boat captains along the harbor better than the Mafia gangs of New York, who controlled the docks in Manhattan and Brooklyn. Haffenden was prepared to make a deal with the devil—the man who put “organized” into organized crime. Even from his cell in Dannemora State Prison, former Public Enemy #1, Charles “Lucky” Luciano still had tremendous power. Luciano was willing to wield it for Uncle Sam in exchange for a fullpardon. Haffenden, though, wanted something in return—Luciano’s contacts in Italy to track the Nazis’ movements. The victorious U.S. invasion of Sicily in July 1943 might have turned out differently without Luciano’s help.

Operation Underworld is a tale of espionage and crime like no other, the unbelievable, first-ever account of the Allied war effort’s clandestine—and improbably—coalition between the Mafia and the U.S. Government to help the Allies win World War II.