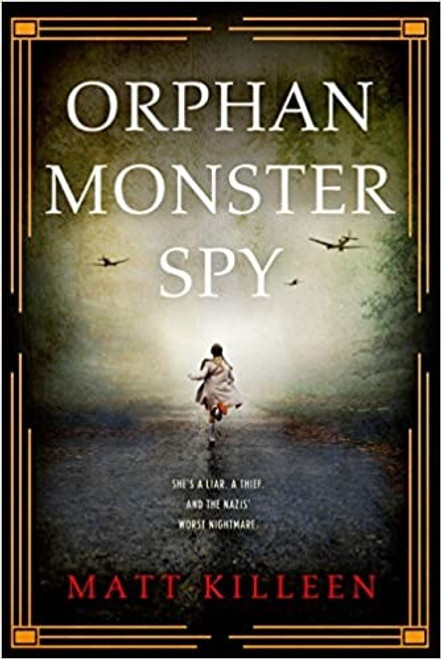 
After her mother is shot at a checkpoint, fifteen-year-old Sarah finds herself on the run from the Nazis in Third Reich-ruled Germany. While trying to escape, Sarah meets a mysterious man with an ambiguous accent, a suspiciously bare apartment, and a lockbox full of weapons. He's part of the secret resistance against the Reich, and he needs her help.

Sarah is to hide in plain sight at a boarding school for the daughters of top Nazi brass, posing as one of them. She must befriend the daughter of a key scientist to gain access to the blueprints for a bomb that could destroy the cities of Western Europe, and steal them.

Sarah may look like the rest of the girls, innocent, blonde-haired, and young, but she refuses to become one of the monsters she's surrounded by. She's a brilliant con artist, convincing them she's one of them even as she lives in terror of being found out. And she's determined to get her revenge on them all.

The Scientist and The Spy PB