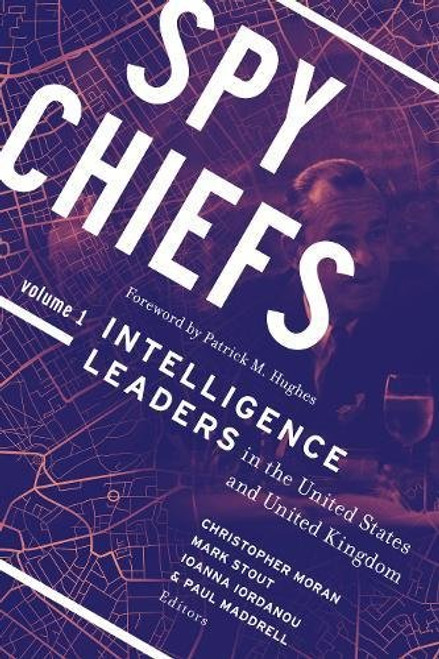 In literature and film the spy chief is an all-knowing, all-powerful figure who masterfully moves spies into action like pieces on a chessboard. How close to reality is that depiction, and what does it really take to be an effective leader in the world of intelligence?

This first volume of Spy Chiefs broadens and deepens our understanding of the role of intelligence leaders in foreign affairs and national security in the United States and United Kingdom from the early 1940s to the present. The figures profiled range from famous spy chiefs such as William Donovan, Richard Helms, and Stewart Menzies to little-known figures such as John Grombach, who ran an intelligence organization so secret that not even President Truman knew of it. The volume tries to answer six questions arising from the spy-chief profiles: how do intelligence leaders operate in different national, institutional, and historical contexts? What role have they played in the conduct of international relations and the making of national security policy? How much power do they possess? What qualities make an effective intelligence leader? How secretive and accountable to the public have they been? Finally, does popular culture (including the media) distort or improve our understanding of them? Many of those profiled in the book served at times of turbulent change, were faced with foreign penetrations of their intelligence service, and wrestled with matters of transparency, accountability to democratically elected overseers, and adherence to the rule of law. This book will appeal to both intelligence specialists and general readers with an interest in the intelligence history of the United States and United Kingdom.

For more top secret intel on this title, check out our podcast by following the link below!

Nine Lives : My time as the West's top spy inside al-Qaeda PB