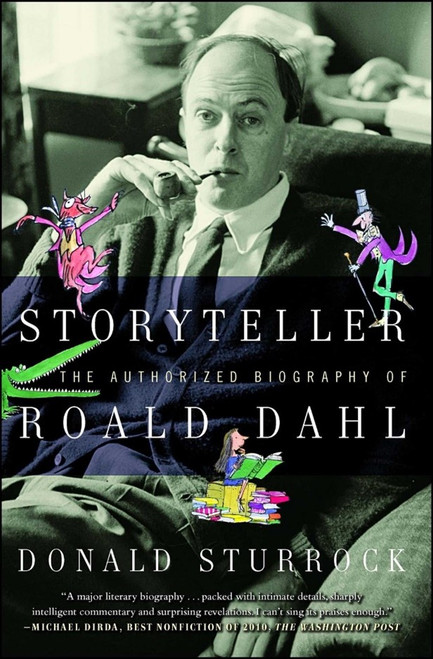 Now in paperback—Donald Sturrock’s Storyteller is “a major literary biography…packed with intimate details, sharply intelligent commentary, and surprising revelations” (The Washington Post) of one of the greatest writers in the twentieth century, whose work still delights millions around the world today. A single-minded adventurer and an eternal child who gave us the iconic Willy Wonka and Matilda Wormwood, Roald Dahl lived a life filled with incident, drama and adventure: from his harrowing experiences as an RAF fighter pilot and his work in British intelligence, to his many romances and turbulent marriage to the actress Patricia Neal, to the mental anguish caused by the death of his young daughter Olivia. In Storyteller, the first authorized biography of Dahl, Donald Sturrock—granted unprecedented access to the Dahl estate’s archives—draws on personal correspondence, journals and interviews with family members and famous friends to deliver a masterful, witty and incisive look at one of the greatest authors and eccentric characters of the modern age, whose work still delights millions around the world today. This book will look at the use of and development of spying as an accepted military practice. It will focus on individuals from Belgians like Gabrielle Petite to the infamous Mata Hari, from people like Reilly Ace of Spies to the British traitors such as Philby, Burgess and McClean. The activities of American atom spies like the Rosenbergs will also be covered as will Russian double agent Oleg Penkovsky and many others.