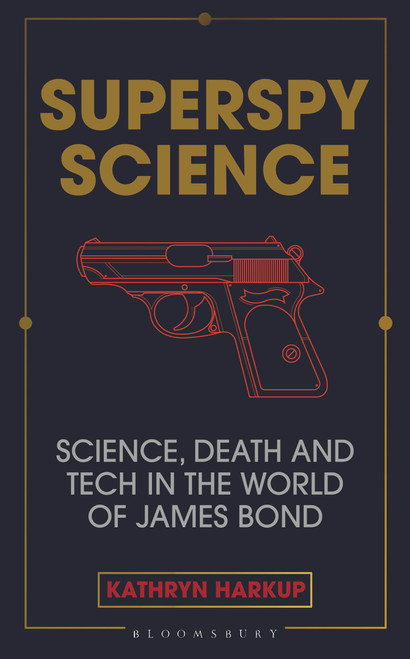 Investigating the science behind the escapades of James Bond and his foes.

In Superspy Science, Kathryn Harkup takes a keen scientific look at the world’s favorite secret agent: Bond, James Bond. Since Ian Fleming brought 007 to life on the page in 1953’s Casino Royale, the character has overtaken the global imagination, embodied by onscreen actors from Sean Connery to Daniel Craig. Science and technology have always been central to the exciting plots than make up the world of Bond—but from nuclear launches to lethal hats, what is fact and what is fiction?

In 007 chapters, learn how the weapons, technologies, and tactics that have thrilled, and delighted audiences would work in the real world. Could our favorite Bond villains achieve world domination? Were the huge variety of weapons and technology in Bond’s arsenal ever actually developed? And would 007 actually escape all those close shaves with his life intact?

A World of Spies