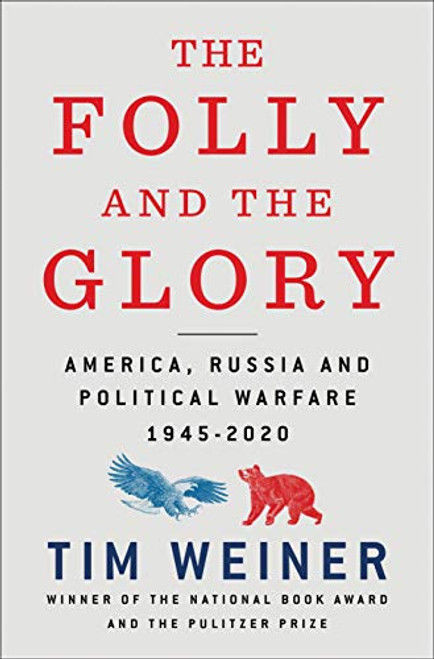 From Tim Weiner, winner of the Pulitzer Prize and the National Book Award, an urgent and gripping account of the 75-year battle between the US and Russia that led to the election and impeachment of an American president.

With vivid storytelling and riveting insider accounts, Weiner traces the roots of political warfare – the conflict America and Russia have waged with espionage, sabotage, diplomacy and disinformation – from 1945 until 2020. America won the cold war, but Russia is winning today. Vladimir Putin helped to put his chosen candidate in the White House with a covert campaign that continues to this moment. Putin’s Russia has revived Soviet-era intelligence operations gaining ever more potent information from―and influence over―the American people and government. Yet the US has put little power into its defense. This has put American democracy in peril.

Weiner takes us behind closed doors, illuminating Russian and American intelligence operations and their consequences. To get to the heart of what is at stake and find potential solutions, he examines long-running 20th century CIA operations, the global political machinations of the Soviet KGB around the world, the erosion of American political warfare after the Cold War, and how 21st century Russia has kept the cold war alive. The Folly and the Glory is an urgent call to our leaders and citizens to understand the nature of political warfare – and to change course before it’s too late. Hardcover, 336 pages.

A PERFECT RED: EMPIRE, ESPIONAGE & AND THE QUEST FOR THE COLOR OF DESIRE