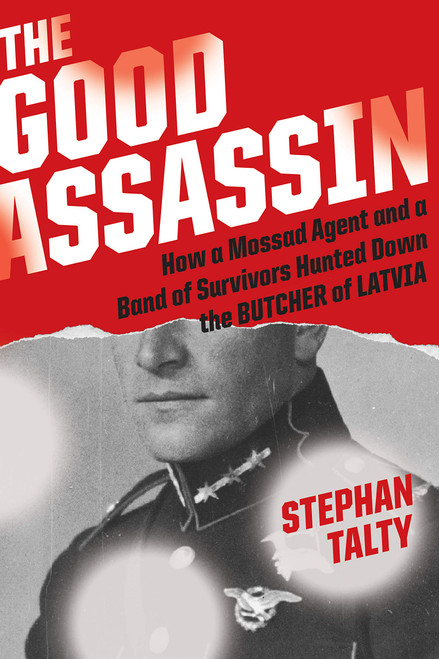 Description: Inspiration for the hit new podcast "Hunting the Butcher"

The untold story of an Israeli spy’s epic journey to bring the notorious Butcher of Latvia to justice—a case that altered the fates of all ex-Nazis.

Before World War II, Herbert Cukurs was a famous figure in his small Latvian city, the “Charles Lindbergh of his country.” But by 1945, he was the Butcher of Latvia, a man who murdered some thirty thousand Latvian Jews. Somehow, he dodged the Nuremberg trials, fleeing to South America after war’s end.

By 1965, as a statute of limitations on all Nazi war crimes threatened to expire, Germany sought to welcome previous concentration camp commanders, pogrom leaders, and executioners, as citizens. The global pursuit of Nazi criminals escalated to beat the looming deadline, and Mossad, the Israeli national intelligence agency, joined the cause. Yaakov Meidad, the brilliant Mossad agent who had kidnapped Adolf Eichmann three years earlier, led the mission to assassinate Cukurs in a desperate bid to block the amnesty. In a thrilling undercover operation unrivaled by even the most ambitious spy novels, Meidad traveled to Brazil in an elaborate disguise, befriended Cukurs and earned his trust, while negotiations over the Nazi pardon neared a boiling point.

The Good Assassin uncovers this little-known chapter of Holocaust history and the pulse-pounding undercover operation that brought Cukurs to justice.

While America Slept: Restoring American Leadership to a World in Crisis