You’re Lying: Secrets From an Expert Military Interrogator to Spot the Lies and get to the Truth 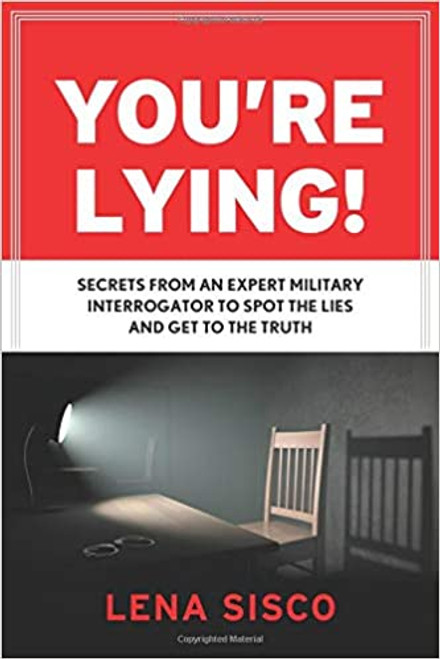 You’re Lying: Secrets From an Expert Military Interrogator to Spot the Lies and get to the Truth

Lena wrote You're Lying! because no matter what your profession or life circumstances, you need the skills to take control of a situation, detect deception, and reveal the truth. While you probably won't ever have to interrogate a detainee who doesn't want to tell you about an upcoming terrorist attack - as Lena has - You're Lying! will help you deal with that salesperson trying to rip you off, the kid bullying your child who claims innocence, a cheating spouse, or a dissembling boss. As the adage says, knowledge is power.

Lena interrogated numerous members of Al Qaeda and the Taliban while stationed at Guantanamo Bay, Cuba, then taught those skills to Defense Department personnel for years afterward. Her ability to build rapport, accurately read body language, and employ effective questioning techniques led to numerous successes that saved American lives. You will also learn her easy-to-follow five-step program on how to accurately detect verbal (both spoken and written) and nonverbal deceptive tells,

how to conduct an effective line of questioning, and what to do after you identify the lies we all face every day. Take the knowledge in You're Lying! and empower yourself.

I Lie For a Living